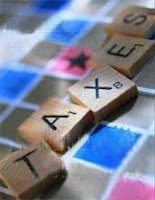 I have reported in the last couple weeks how some area school districts are finding themselves in a financial shortage for the 2007-2008 school year. District 622 and 194 have decided the best way to make up for the lack of funds is by cutting school activities, teachers, nurses, and much more. Local property owners are already taxed to the hilt so this source of revenue would definitely hear a public outcry if increased once again.
Democrats have been watching apparently and are in the process of offering a solution to the problem. No, they are not cutting their salaries to make up for the difference. Instead they have promised to tax us more. Oh, but they are only going to tax the “rich”. Remember, this is their Robin Hood motto. “Tax the rich…they’ve got the money so it won’t be missed”.
Well folks, if Minnesota Dems get their way, any single person making over $70,000 per year and any married couple making $150,000 + per year, will be taxed more than everyone else. This money will go into a state run fund and will be disbursed to schools as the dems see fit.
First of all, funds are never “disbursed” correctly, so don’t’ kid yourself. Second of all, people in these categories are not the “rich”. They are middle class families as well. If a married couple makes just over a combined income over $150,000, they usually both work and have a family to support. That high income quickly dwindles just from income taxes. Now if you were to tell me that those over $300,000 in income will be taxed, then this might make sense, but seeing as I am strongly against tax increases of any kind, I would not like that scenario either.
So my solution is to make all Minnesota senators and congressmen give at least 10% of their income to the fund. (Since I am sure they are excluded from their proposed tax increase.) If their motto is take from the rich and give to the less fortunate, lets see them dig into their pockets and tell us how much they like it!