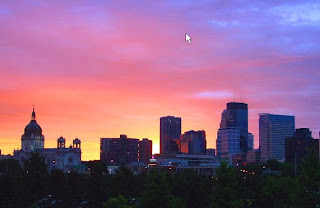 We are in the middle of a computer transition in my house so accessing a computer is spotty at best. I haven’t been able to do a thorough market analysis for Minneapolis, so I will give you this quick snippet from the Minneapolis Area Association of Realtors:

“Activity in the Twin Cities housing market saw a Valley Fair-esque drop for the week ending December 29, compared to the week before. Blame Santa Claus. New listings, pending sales and total inventory all fell at least several hundred units as Twin Citizens focused on celebrating the holiday season during the 12th snowiest December on record. Due to the unique weather and the vagaries of the Christmas holiday, little meaningful context can be gleaned from the decreased numbers.”

However, we can utilize some updated figures :