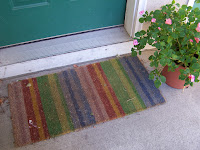 An article appeared in the Real Estate Journal today which provides a valuable lesson to home owners thinking of remodeling a bathroom or kitchen in the near future.

The author, Jeff Opdyke or the Wallstreet Journal, decided to remodel their bathroom, a project that was to be their first. They knew they wanted an Asian theme with lots of slate. What they forgot to do though was thoroughly research how much their dream bathroom was going to cost them. After all was said and done, the project ran over budget by 75%!

After watching the video Mr. & Mrs. Opdyke made of their experience, a couple things came to light which could be the reasons for their costly expense.

Probably the number one thing to remember is to research, research, research. Look at the space you have and come up with multiple ideas on how to remodel it. Get quotes from different sources with a time line for completion. And for God’s sake, GET IT IN WRITING!