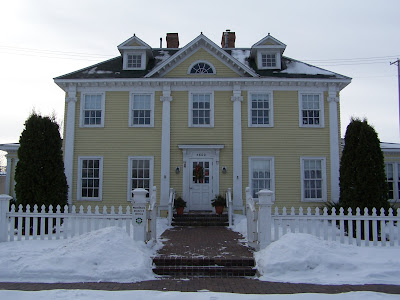 This weeks Historic Home in Minneapolis is 4800 Minnehaha Avenue.
Built in 1907, the home was constructed for Robert F. Jones and originally located at 4001 Minnehaha Parkway East. It was constructed as a 2/3 scale replica of a Colonial house located in Cambridge, Massachusetts that was owned at one time by Henry Wadsworth Longfellow.
The home originally sat on 4.6 acres, part of Longfellow Gardens, a zoo and botanical gardens,which was run by Mr. Jones. When Mr. Jones died in 1934, the park was closed a short four years later. The property was deeded to the city of Minneapolis, which used the house as the Minneapolis public library up until 1967. Over the years, the historic building fell into ruin. It wasn’t until 1994 that the house was saved, when the home was moved by the Minneapolis Park and Recreation Board to its current location and renovated by the Kodet Architectural Group.
As part of the Minnehaha Park, including Minnehaha Falls, the Longfellow House is used as an interpretive learning center. 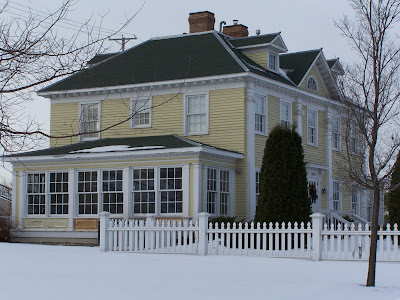