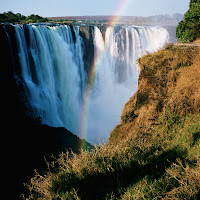 It comes like clockwork every month in the mail with all the other household bills you dread. For most people, it doesn’t cost too much, but for some local Woodbury residents, that’s about to change.

I’m talking about your water bill. And contrary to some beliefs, water is not free. An article in the Pioneer Press this Sunday amazed me. Not the fact that Woodbury is imposing a higher fee for residents who use more water than normal, but the attitudes of the residents who are water abusers.

Here are people that use over 90,000 gallons of water in three months of summer (the equivalent of 3000 baths) , just so the lawn will stay green. One person quoted says “What can I do? I am not going to let my grass suffer.” Suffer? It’s a weed. It will grow back. What can you do? Stop watering your lawn twice a day.

Minnesota is known for being environmentally conscious, but I find it interesting that residents of the state believe that water is available like Niagara Falls. Some think,”well, at least were not like the western states who have to buy their water from Colorado”. Well, in my opinion, these people take water for granted. I lived in California for a couple of years so I know how water bills differ in price compared to the Midwest, as well as water rationing for yards. But I have also lived the flip side, having resided in Florida where some neighbors had their sprinkler systems running during a hurricane. Talk about a waste!

The same person also stated in the Sunday paper that Midwestern suburbs were built with big lawns under the assumption of cheap water. So they are meant to be watered. Are you kidding me? Hmmm, I grew up on two acres of land and we had a sprinkler system….it was called rain. If the sprinkler worked the grass was green. If the sprinkler was broken, the grass turned brown, until miraculously it was fixed again. Simple enough, and it didn’t cost us an arm and a leg.

So the real problem with these high consumers is ego. They want to have the best looking lawn in the neighborhood at whatever cost. In the case of Woodbury, this means a potential revamp of the entire water infrastructure that could cost millions. Hmmm, I wonder where they are going to get the funds to do that? I guess from all the neighbors who live next to the water hogs.