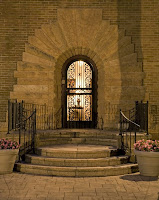 For the last few months, it seems every week I hear of another local builder closing its door, or filing for bankruptcy. The first big one to go down this year was MW Johnson, the 11th largest builder in the state, who filed for Chapter 11 bankruptcy in June of this year. Even though their doors are still open, their website now only has contact information for current home owners and the media.

When we were house shopping two years ago, MW Johnson had developments everywhere, and they were still asking for buyers to over pay for their homes, which in my opinion, were mediocre at best. So it is no surprise to me for them to restructure their business. They followed the model of most home builders in Minnesota: they failed to see the writing on the wall and continued to over build the Twin Cities housing market.
Now it seems another large builder who has been around since 1968 has closed its doors, literally. Just two days before they won the right to build in Eagan, MN on the Carriage Hills golf course, Wennsmann Homes closed its doors November 7th and is not answering its phones. No one knows for sure what has happened as there has been no response from Wennsmann. Maybe the money it took to win the four year legal battle drained them dry. Who knows. But what I do know, is that when viewing their developments in Prior Lake two years ago, I wasn’t impressed. Homes were overpriced for the falling housing market and Prior Lake was becoming over-built.
Many small time builders have also gone out of business, which is really no surprise. The Twin Cities builders that are staying afloat are doing so by cutting jobs. Centex homes has laid off many of its employees, contractors, and real estate agents. Other builders are laying off their designers, and some are not keeping their model homes open, but rather rely on “by appointment only” showings. To take a step further, I have heard some builders are cutting back the number of floor plans they offer to potential clients, and no longer allow upgrades at the time of build. Cutting costs and overhead is the only way to stay alive in this depressed real estate market.
But my main point is this, could it be that home builders in general didn’t have a business plan in place for after the boom? They reaped the financial rewards for five years. Now many of them are in trouble because they failed to prepare for the bad times. Did they spend all their profit, waste it away in new developments, waste it away in fancy advertising? I honestly don’t know.
I am not a genius. But I did see the hand writing on the wall in 2004 and took measures to make sure I would be OK when the market started to decline. I am staying afloat right now because of making a plan four years ago. But like many local builders, many real estate agents have been forced out of the business. So the questions is, if builders and agents had been honest with themselves and planned for the future that was inevitable, would they be closing their doors or filing for bankruptcy? Let me know your thoughts!