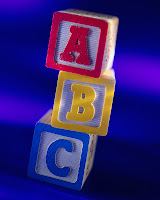 A current problem here in Minneapolis and the surrounding areas is the depreciation of home values. The Minneapolis Association of Realtors is estimating that home appreciation values for 2007 will actually be negative. We will find out for sure when the report comes out in February.

This post isn’t about home values, though, it is about taxes. Real estate values went through the roof, especially in 2004-2005, and the tax boards took notice. Since values were going up, they felt it was their right to increase property taxes right along with them. With more tax revenue feeding the coffers, came more spending, and each year local community governments kept spending more and more.
This habit is quite common with the government, and can be seen best in action with the military. When my husband was a pilot in the Navy, he had to do other “jobs” when on cruise. Some of these were money related concerning the squadron. Many times he was told to find something to spend the rest of the budget on to “get rid of the money”. See, if a squadron didn’t spend all of its allotted funds for the year, then they would not get that amount the next year from the government. Of course this attitude is against everything we stand for because frivolous spending is just a waste.
Local communities have been acting the same way the past five years. They have been constructing new buildings, putting money into local projects, lining our schools with gold, etc. Now that property values are going backwards, property owners are finding themselves in a pinch. Their home values are less than their taxed value, and it is starting to really upset the cart.
This last month, numerous school districts put a vote to local owners to approve new property tax levies to help pay for funding of school projects. Unfortunately, they used the kids to get the parents to pay, stating “our children will suffer if you do not approve an increase in property taxes”. That one really got under my skin. Don’t try to say my kids will get a worse education if you don’t get more money. It won’t work on me. Minnesota continually ranks high for best schools in the nation, so an additional five kids per classroom isn’t going to hurt anyone.
Lakeville was one district that said no to the property tax levy. The district responded by pouting and claiming the children were going to get a terrible education and teachers were going to get fired, etc. Yes, cuts will have to be made, but the most important thing for governing boards to realize is that people are tired of opening up their wallets. It’s time for budgets to be more realistic and depreciate, just like home values. The good times are over and it’s time to live with-in our means.
The tax man came at us heavily for the last five years. Now it is time for him to reassess property values to current market value trends. Florida is passing a bill that will roll back taxes to a few years ago, before the big boom hit. It’s time for Minnesota to consider something similar. The people demand it…and want the tax man to goeth away.