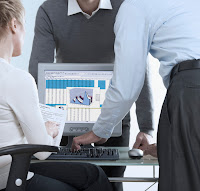 Yesterday I was able to sit in on a real estate statistic class offered by the Minneapolis Area Association of Realtors. It was a very informative class, even though it was about numbers.

Later in the evening, I was cleaning out some articles I had saved from a few years ago and putting them in the recycle bin. One column that caught my eye was from late 2005 and it concerned whether or not the Twin Cities market was going to burst. Written by a regional director of a national franchise here in Minneapolis, the author states that the Twin Cities will not deflate like markets across the nation. In fact, he stated that 2006 would see an increase in the number of home sales and the dollar volume, as well as an appreciation rate of 4-6%.

Now fast forward to reality and yesterday’s class. A fantastic resource offered by our Realtor association is the years worth of data they possess on the real estate trends over the Metro area. They can show trends from years, to months, to weeks…and the data isn’t boring.

What actually happened in 2006 was that records were set for listing volume, but home sales and dollar volume declined to levels seen back in 1999. Home appreciation was dealt a blow as well. Instead of the 4-6% appreciation rate served up by the author of the article, actual home appreciation rates came in at a meager 0.6%. Yep, that’s right, less than 1%. Talk about missing the mark and ignoring the signs on the wall. After some discussion yesterday, the market is showing that 2007 might produce negative appreciation in the Twin Cities and 2008 could be a repeat of this year.

Now I am not trying to be all doom and gloom, because frankly, the doom is over. We just have to wait out a little more gloom. Some things that are changing and helping the area recover are:

While this isn’t a detailed statistical analysis of the market, I hope it has shed a little light on what has happened to the Minneapolis market without boring you. In February of 2008, this years annual report will be coming out and it will be interesting to see mathematically what has happened. Stay tuned in a few months for my summary of the findings and feel free to send in any questions you have about data in any area of the Twin Cities Metro area and surrounding 13 counties.